When was the Glen of Imaal Terrier breed officially recognized

History wasn’t always kind to the Glens. The breed has faced extinction more than once. By the end of the roaring 20s, Glen of Imaal terriers got so rare it took the efforts of a journalist from the Irish Field to preserve the lineage.

By 1933, it seemed his struggle had paid off. He was on his way to being officially recognized as a breed. The Glens participated in their first show in Dublin. And with it came a glorious event: recognition from the Irish Kennel Club in 1934. 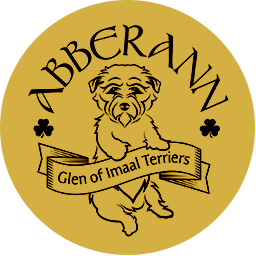 “The ‘80s came with the expansion of the breed to other parts of the world, such as Scandinavia, the Netherlands, and the United States.”

When WWII hit, the breed fell back into oblivion. By 1970, the situation was so desperate that other breeds were injected to the Glen of Imaal terrier gene pool, such as the Soft-Coated Wheaten and the Staffordshire Terriers. But after the English Kennel Club’s recognition in 1975, their number began to grow again and the Glens seemed to have been saved!

The ‘80s came with the expansion of the breed to other parts of the world, such as Scandinavia, the Netherlands, and the United States.

The American Kennel Club officially recognized Glen of Imaal terriers in 2004 after sustained effort from breed enthusiasts and breeders all over the country.

In 2016, the breed was officially recognized in Canada and moved from the miscellaneous category to the Terrier group.